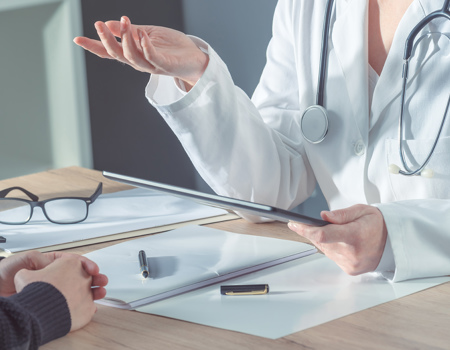 Tax Credits - Due to the Inflation Reduction Act, expanded subsidies that were put in place for 2021 and 2022 were expanded through 2025. This means there is no income cap to qualify for subsidies, and the amount anyone pays for premiums is limited to 8.5% of their income as calculated by the exchange. Before the changes, the aid was generally only available to households with income from 100% to 400% of the federal poverty level.

Family Glitch - The so-called family glitch fix means the dependents of a worker with access to employer-sponsored health insurance are now eligible for premium subsidies on ACA plans if the family premium under the employer coverage exceeds 9.5% of the family’s income in 2022. Previously, family member eligibility was determined by the single employee premium alone.

Deductible - A deductible is how much you need to pay for health care services out-of-pocket before your health insurance kicks in. In most plans, once you pay your deductible, you'll still need to pay co-pays and coinsurance until you hit the out-of-pocket max, after which the plan pays for 100% of services. Plans with lower premiums tend to have higher deductibles.

Note that the maximum out-of-pocket is a consumer protection enacted under the ACA; previously plans didn’t have to cap what a person would be required to spend on health care services. This often meant that insured people who had to undergo very expensive treatments (e.g., for cancer or lifesaving surgery) could face unlimited medical bills.

Health Maintenance Organization (HMO) - HMO plans are the most restrictive type of plan when it comes to accessing your network of providers. If you have an HMO plan, you’ll be asked to choose a primary care physician (PCP) that is in-network. All of your care will be coordinated by your PCP, and you’ll need a referral from your PCP to see a specialist. HMOs do not cover any out-of-network health care costs. HMO plans typically have cheaper premiums than other types of private health insurance plans.

Preferred Provider Organization (PPO) - PPO plans are the least restrictive type of plan when it comes to accessing your network of providers and getting care from outside the plan’s network. Typically, you have the option between choosing between an in-network doctor, who can you see at a lower cost, or an out-of-network doctor at a higher cost. You do not need a referral to see a specialist, though you may still choose a primary care physician (some states, like California, may require that you have a primary care physician). PPO plans typically have more expensive premiums than other types of private health insurance plans.

Point of Service (POS) - POS plans are another hybrid of HMO and PPO plans. You’ll have a primary care provider on an HMO-style network that can coordinate your care. You’ll also have access to a PPO-style network with out-of-network options (albeit at a higher cost). The HMO network will be more affordable, and you will need to get a referral to see HMO specialists. POS plans typically have more expensive premiums than pure HMOs, but less expensive premiums than PPOs.

Tax Credit Eligibility - Depending on income, ACA plans are potentially eligible for tax credits, while short-term plans are not.

Premium Cost - Unless you are receiving a tax credit for an ACA plan, premiums are typically cheaper on short-term plans.

Coverages - Under the Affordable Care Act, a set of 10 categories of medical service must be covered on all ACA plans. Short-term plans are not required to cover specific medical services.

We're here to help. Just submit a quote request form, and we can get started.